Launched just about a decade ago, Curb Free with Cory Lee has established itself as an indispensable online resource for wheelchair-friendly travel.

“At the age of two I was diagnosed with Spinal Muscular Atrophy (type 2), but that certainly never diminished my desire to explore the world,” Cory writes. “At times, traveling wasn’t easy. My wheelchair charger blew up (literally – sparks were flying) in Europe, I got trapped on a burning bus once, and I’ve even been attacked by a hippo in South Africa. Despite these crazy travel experiences, I have learned a lot and had the time of my life along the way.”

That curiosity, expertise and joy comes across loud and clear in every Curb Free with Cory Lee article. We wanted to learn more about Cory’s story and his views on accessible travel, so we hopped on the phone with him recently for an enlightening chat.

How did Curb Free with Cory Lee get started?

I’ve always really enjoyed traveling from a very young age. Then, I went to college and got a degree in marketing and started trying to find a job in that field. The first job interview I actually went to, as soon as I went into the hiring manager’s office, he looked me up and down. Immediately, I could tell that he only saw the wheelchair and didn’t see me as a person. The first words out of his mouth were, “Well, this position requires a lot of traveling, so you’re probably not the best fit.” I was kind of dismayed by that.

Around that same time, I was also researching an upcoming trip to Australia. I got online and noticed that there just wasn’t a lot of information on the internet about accessibility within Australia. Then, I started looking at the internet overall, trying to find any resources that talk about accessible travel as a wheelchair user. And there really weren’t very many at that time — which was around December of 2013. There were only a couple websites out there focused on accessible travel.

So, from the hiring manager telling me what he did to noticing this lack of information, it just motivated me to launch my blog and to try to get as much information out there as I can to help others travel.

Was there an audience waiting for a blog like this?

It was definitely a slow growth. The first year was a struggle to get readers. I tried to write as much as I could so that there was a lot of quality content on the site and build the blog up. But once people started noticing what I was putting out there, I realized that there is a huge audience for this, and people really need this information to be able to travel. As a wheelchair user, you can’t just pick a flight and go without doing any research. We have to get as much info as possible beforehand. Realizing that there was this audience, it motivated me to keep doing it.

In the accessible travel realm, what progress have you seen in the past decade?

It’s improved a lot since 2013. Now, there are more tour companies that focus on accessible travel. I’m constantly seeing companies pop up all over the world that do wheelchair-accessible trips to different destinations. For example, five years ago, I would have never been able to go to India. But in late 2018, a company there launched the first-ever wheelchair-accessible tours in India, with accessible transportation and everything. It was the most incredible trip that I have ever had. Things like that are starting to become more and more prevalent. It’s been a great thing to witness over the past nine years since I launched the blog — to see how inclusive the world is actually becoming. 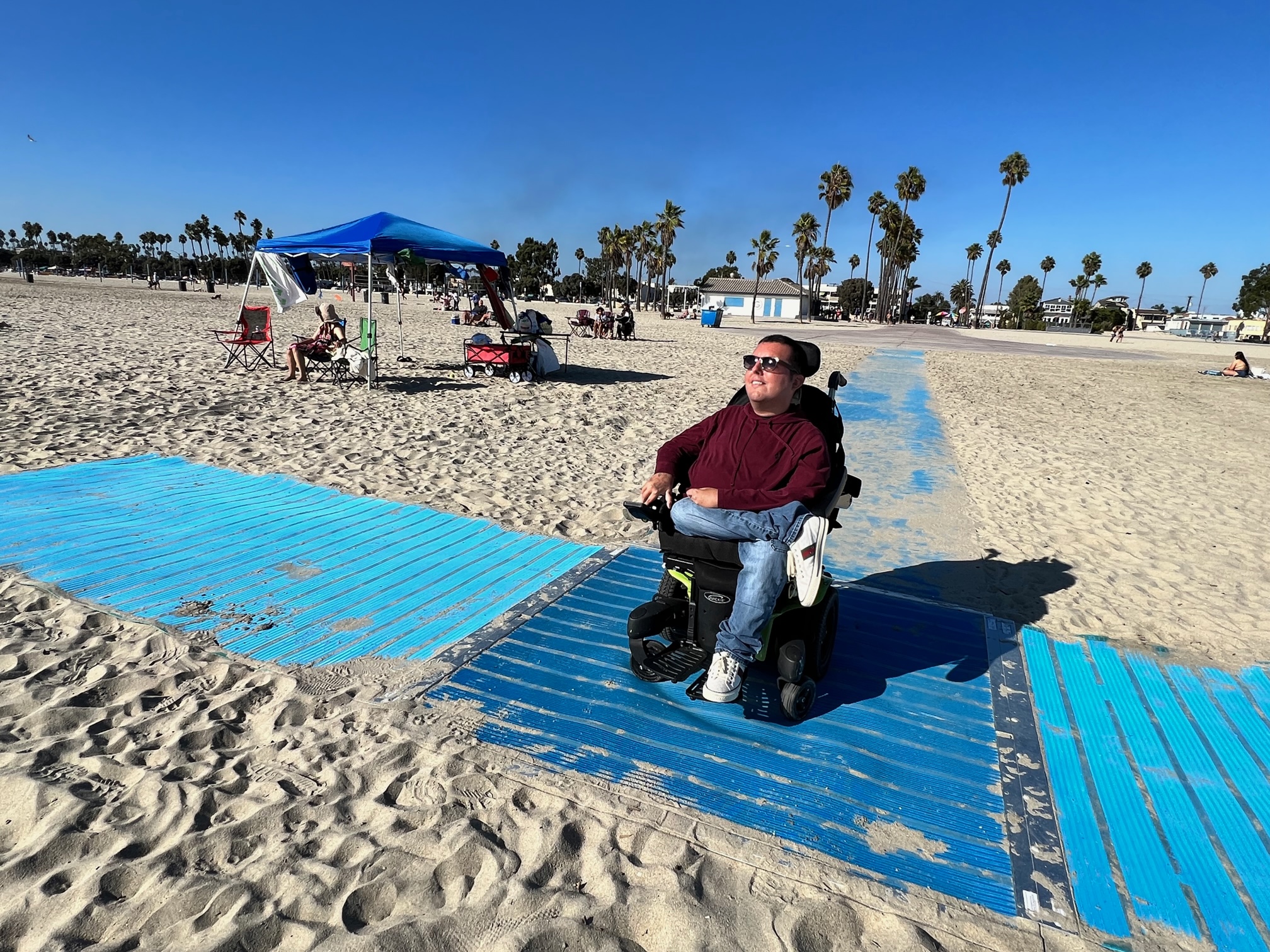 What sort of progress would you like to see made in the next few years?

The number one thing I’d like to see in the next decade is more accessible air travel. To fly in a plane as a wheelchair user is tremendously difficult. I’m constantly worried whether my wheelchair is going to be damaged during the flight. Even getting onto the plane and being transferred — I have to be physically lifted out of my wheelchair and put into plane seat. So, I’m constantly worried if I’m going to be dropped or hurt. There’s a lot that goes into it, and I think that’s a big deterrent for wheelchair users when it comes to traveling. I think if we eliminated that barrier and made airplanes accessible where you could just roll on the plane and be able to stay in the chair, we’d have a lot more wheelchair users traveling around the world. I really hope we’ll see that one day soon.

What about the hotel industry?

Hotels are very hit-or-miss. A constant issue for me — and I think most wheelchair users — is trying to figure out just exactly how accessible a hotel is. In the U.S., a lot of hotels will say that they’re ADA compliant and abide by the ADA standards. But the basic ADA guidelines are not accessible for everyone. Finding out how accessible a hotel is, is a huge challenge. I usually have to call the hotel, ask a million questions, request photos, all of that. It’s usually very hard to find that information on their website. It’ll say: “Accessible room with two Queen beds.” And that’s all the information I can find. I would love to see hotels start including videos and more photos of their accessible rooms so we can get a good sense of what to expect.

How has Covid-19 changed travel for you?

Before the pandemic, I was traveling more internationally than domestically. During the pandemic, it’s flip-flopped. But I’m still really enjoying traveling in the U.S., seeing national parks and a bunch of new states that I hadn’t been to previously. I’ve discovered a lot of awesome things in the U.S. That’s been amazing — it’s given me a greater appreciation for traveling within the U.S.

But as we’re starting to see a light at the end of the Covid tunnel, I would love to start traveling internationally more again. I recently went to Colombia, and I’m headed to Patagonia and Chile in a couple weeks. I’m really looking forward to those trips. And I’ve got more planned in 2023. I would really love to get to Japan. I’ve been dreaming of going there for years; I was actually scheduled to go there in 2020, and then again in 2021, but those trips didn’t happen for obvious reasons. I’m hoping that in 2023 or 2024 we can finally go.

It does seem like there’s a pent-up demand for international travel now.

I think the demand for travel is now bigger than it’s ever been, at least for my audience. They’re all getting comfortable with the idea of traveling again. They’ve been saving up money for a big vacation for over two years now. Now that they can finally go, they want to take these really big trips that they’ve been thinking about for years and years. 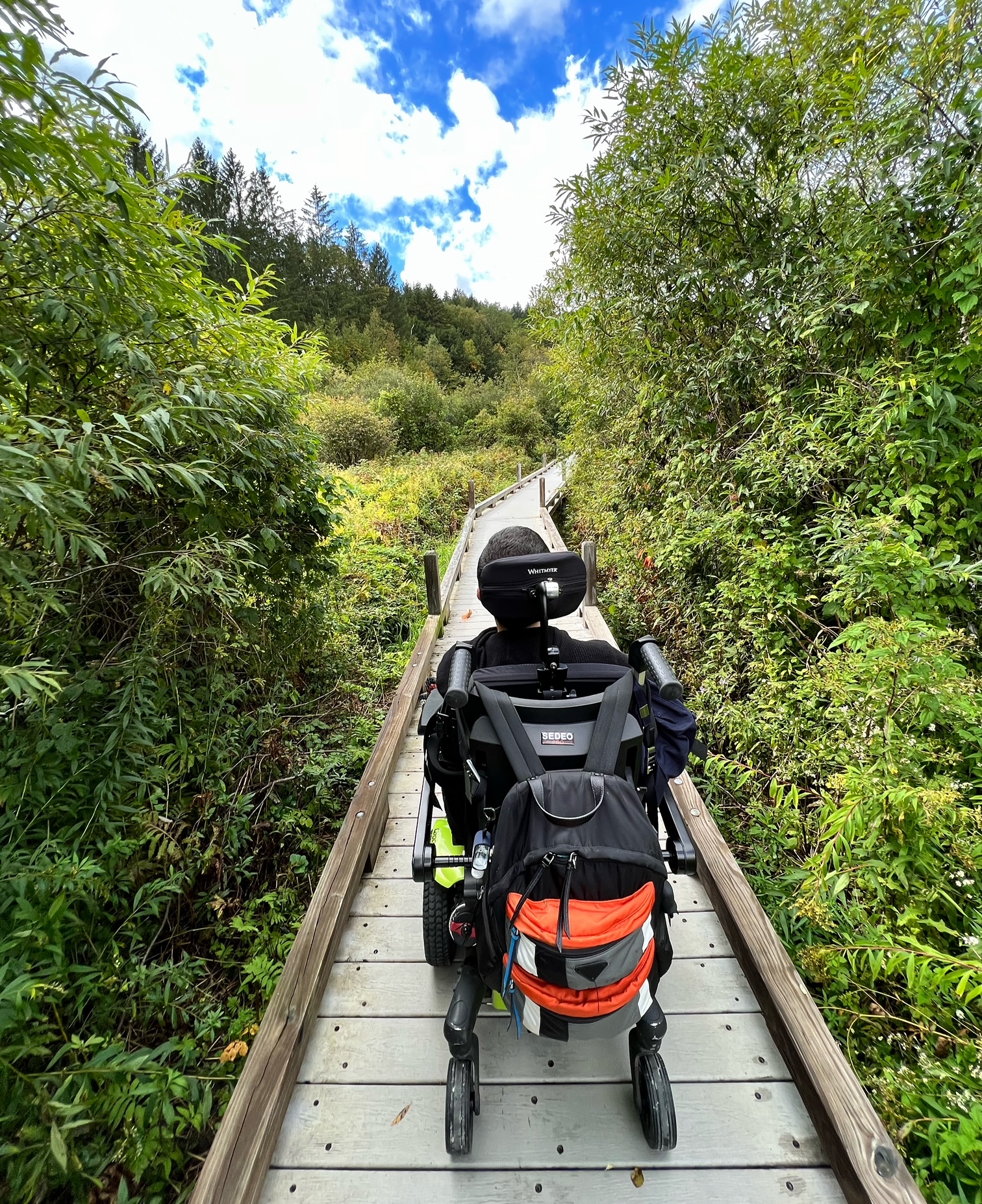 What can PR firms like TURNER do to improve in the accessible travel realm?

PR firms should be aware that the word “accessible” means something different to every person. I don’t know everything about every disability. It’s important to [approach] accessibility from a variety of perspectives. Work with writers and influencers who cover wheelchair accessible travel, but also maybe travelers who are blind or hard of hearing or on the autism spectrum. There are so many variations of accessibility, so the more coverage we can see, the better.

As far as working with destinations, think about advertising. I would really love to see more inclusivity there. If you’re doing a campaign about, say, your beach destination, the entire campaign isn’t going to be accessibility related. But putting a wheelchair user in that campaign in a natural, nonchalant way makes a big difference. It makes the wheelchair user say, “Well, this destination has really thought of wheelchair users.” The disability community is constantly taking note of who is really paying attention. So, the destinations who are paying attention are pretty much getting all of their business.

According to a recent survey, people with disabilities spend over $58 billion dollars per years on travel. That’s a pretty good chunk of money — and the same 5-10 destinations are getting the big portion of it. If we could see destinations being more inclusive and showing wheelchair users in advertising, it could be spread around a lot more.